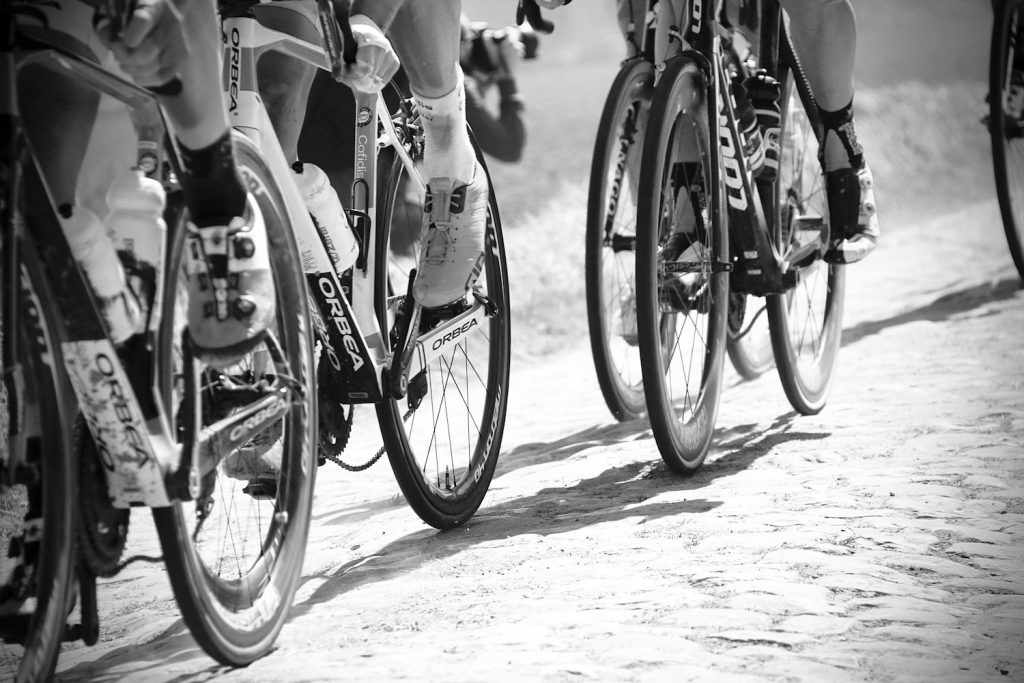 If You Crash, Your Business Will Too

Do you watch the Tour De France (Le Tour)? As I live in France, we also go to watch some of the stages in the Pyrenees. We witness stamina, endurance, perseverance and ultimately, crashes.

In 2018, me and my husband were watching stage 16 not far from our house. We returned home to watch the final 100km on TV. It was a bit strange having been at the race and then watching the same stage on TV.

Just 50km from the finish line, on one of the more dangerous roads, we witnessed Phillippe Gilbert’s speed wobble that literally propelled him head over heels over a wall:

I know these mountain roads well. I travel them on my motorbike because they are small, winding and usually quiet. Great for pottering (or perhaps ambling in my case). I can tell you that the bends are severe and each drop on these outer corners is usually vertical and the ravine cut very deep.

I was sure the poor guy had broken every bone in his body. Yet a few minutes later, he scrambled back up, got back on his bike and continued the stage. I wondered why! Surely, he should have stopped the stage and rested his battered and bruised body until the following day at least?

Keep going, no matter what!

The story continues: although Phillipe did finish the stage, he was in fact injured with a fractured lateral pole of the patella (broken kneecap) and therefore out of the race. Out of Le Tour. He’s known as a guy to “fight to win the day”. That day he won, but he lost overall.

Why did he get back on his bike? He was so full of adrenaline and fear of not getting to the finishing line, it was enough to get him back on that bike and racing again.

The cyclists speed and take calculated and experienced risks. They are against the clock. They are against each other. They are ‘en forme’. The adrenaline is pumping. Spectators are egging them on. They have a burning desire to be successful.

Win the battle, lose the war!

However, this is only one stage, in a race of 18 stages.

Experienced riders know how to pace themselves. They have their strategy in place and stick to the plan or tweak as they go, depending on what’s happening on the day, the conditions, with their team members and the other teams in the race.

Rarely do they improvise unless they are literally caught in the moment, like Phillipe above, disappearing into the abyss.

If Phillipe hadn’t had finished the stage that day, could he have completed the race overall? I doubt it, but we’ll never know. He ensured he was out of the race by getting back on his bike after his crash. He crashed and burned.

Don’t crash & burn in your business

Either way, you are probably not in a position to win, so you can decide what’s more important for your business:

If you crash and burn early in the race, your business will too. As a business owner, you may have a team who have your back and can pull you through to the next stage to the finish line.

But what if you don’t?

That’s what outsourcing is for. Someone to help you get through the crash, overcome the burn and get you back in the race with access to extra water bottles, tyres and a saddle if needs must!

If you need a support car for your race, give me a shout today.

Are you prepared for the support you need to grow your business? Discover how to get outsource-ready:

I will only use your details to send you the free guide and supporting emails. Read my Privacy Policy here.

Are you prepared for the support you need to grow your business?
Discover how to get outsource-ready and find the right support. Download your free guide now.